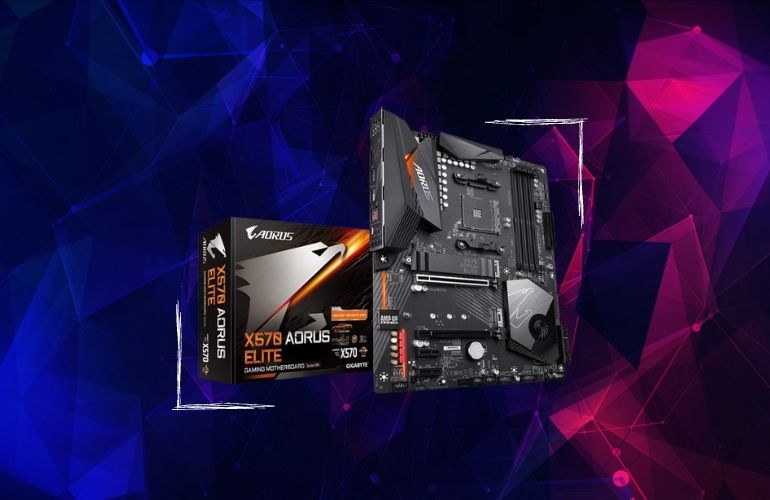 Gaming PCs are in trend with AMD X570 and high-end 3rd generation of Ryzen. With demanding high performance, this motherboard is also budget-friendly. A high-end CPU and GPU should be paired with this mobo to get maximum potential performance. So, here we are discussing Gigabyte X570 Aorus Elite Review and everything about it from specification, design, VRM, slots, chipsets, ports, etc. 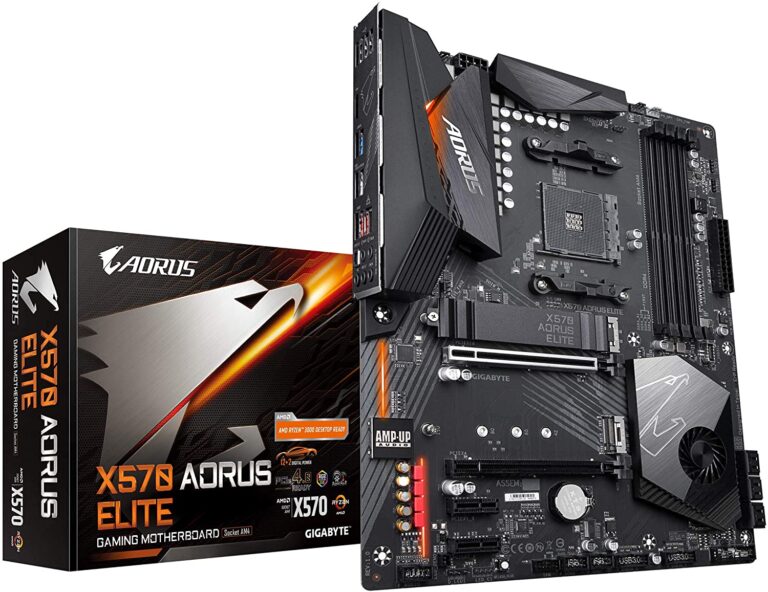 The X570 Aorus Elite is certainly simple when viewed as a gaming motherboard.

Speaking of Gigabyte’s PCB board, it features the use of a 2-ounce copper foil layer. It was called “Ultra Durable” back in the times. PCBs are made by stacking multiple layers, of which copper is used for one layer of the ground (GND) to diffuse the heat throughout the PCB. The heat dissipation effect is enhanced by using two layers.

As we have seen, the X570 Aorus Elite is less vulnerable than high-end gaming motherboards. The function confirms the specifications of the chipset and the heat sink. On the other hand, despite the cost constraints, the specifications required for gaming motherboards have been achieved in terms of CPU power supply circuit, audio, and expansion slot strength. If your goal is to build a low-cost gaming PC, you should pay attention to this motherboard.

Especially the circuit part. In that sense, the X570 Aorus Elite is a popular model. However, since it is a heat-resistant 105 Degree Centigrade product, reliability is reinforced. Accumulation of trust and achievements may not be enough. You can still raise the airflow inside the case slightly and lower the operating temperature a little if you are worried about it.