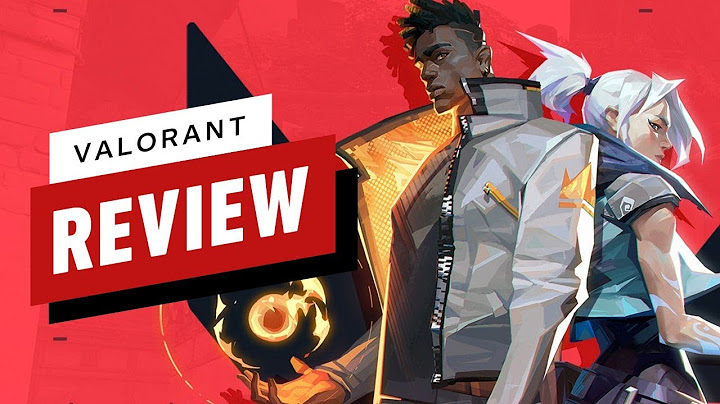 The market for video games is continuously growing, with more and more entries of new and innovative games across different genres.  One of the biggest trends in the action genre in recent years is first-person shooter games, and Riot’s Valorant comes highly recommended in this genre. If you enjoy action-oriented first-person shooter games, Valorant is definitely a must-play.

Developed and released by Riot in 2018, one of the most respected names in the game industry, Valorant shooter takes its action gameplay to a new level with excellent gunplay, weapons, upgrades, and multiple playing modes to keep things both exciting and challenging. The game has all you could want from an FPS game, including unique maps, multiple weapons, power-ups, etc. The game is also active in eSports, providing an exciting competitive challenge for players and an opportunity for punters to bet on the Valorant eSports Championship. You can visit https://pari-match.in/en/page/valorant to bet on Valorant esports.

Although the game’s graphics and plot do not stand out as exceptional, it has received a warm reception from the gaming community since its release. The game’s tight and tactical gameplay, plus a mix of character-based abilities, shows that it was designed with a specific focus on basic FPS gameplay to give gamers an exciting experience.

Gameplay: What to Expect

Valorant is a team-based FPS game where players play in two teams of five players each. One team plays in the attack while the other defends for twelve rounds before the roles are reversed. The unrated mode of the game lasts for 25 rounds, but the first team to reach 13-round victories wins the match.

Every player starts with a knife and pistol. However, at the end of each round, players can acquire new and better weapons based on the amount of in-game currency they earned due to the previous round’s achievements, such as the number of kills or objectives achieved.

One significant emphasis of the game’s gunplay is accuracy. Players that can make more accurate shots, preferably headshots, will be able to eliminate their opponents more quickly. The weapon used can also affect shot accuracy, so it is crucial to understand a weapon’s qualities, strengths, and weaknesses before utilizing it.

The game is primarily designed to be played on PC, so it uses traditional keyboard and mouse controls, making it easy for players to get the hang of it quickly. The game controls are especially easy for players already familiar with FPS games.

Valorant’s in-game features are designed to appeal to action-game lovers in several unique ways. Here are some interesting ones:

The game is primarily made of two basic modes: Unrated and Competition but consists of seven in total. The multiple game modes of valorant are as follows:

This is the standard non-ranked mode of the game, where the first team to win thirteen rounds wins. However, a team can decide to forfeit the game after four rounds; if four team members vote for the forfeiture, the other team wins.

The slight difference between this mode and Unrated is the introduction of a win-based ranking system, where each player is given a rank after five games. Another difference is that a team has to win by two rounds before winning an overall victory. If a team does not have a two-round lead, both teams will keep alternating attack and defense for additional rounds, with each team getting the same in-game currency for weapon purchase before the additional round. This feature makes the competitive mode more interesting. However, a player must reach level 20 in the game before they can play the competitive mode.

Each match lasts for seven rounds at most in this mode, and the first team to get a four-round victory wins the match. The exciting thing about this mode is that guns are shared with players randomly after each round, and the players’ abilities are also fully charged.

Unlike other modes, the deathmatch mode is not team-based. Instead, it involves 14 players playing for nine minutes with a target of 40 kills. The player with the most kills at the end of the 9 minutes wins. This mode makes the game preferable for solo players.

This is another exciting game mode that allows every player to start on the same footing. Every player begins the game as the same in-game character, and the player with the highest kill wins.

The escalation mode is team-based. At the start of the match, 12 guns are selected to be used throughout the match. Each player can upgrade to the next weapon after each round based on their number of kills. The guns get progressively worse as the team moves through them. To win, a team has to move successfully through all 12 levels or be at a higher level than the opposing team after 10 minutes of play.

This is another exciting mode only available during Christmas. It is a team-based deathmatch where the first team to get 50 kills wins. The only available weapon in this mode is the snowball launcher that kills instantly but launches slowly in a curve.

Different in-game weapons available in the game are another feature bound to excite FPS game lovers. Players can choose from a wide array of weapons, including sidearms, submachine guns, shotguns, machine guns, assault rifles, and sniper rifles. As expected, each weapon has its characteristics, strengths, and weaknesses.

The Valorant game is programmed with various in-game characters, known as agents, that players can unlock with game credits as they proceed in the tournament. The characters are divided into four basic roles: duelists, sentinels, initiators, and controllers. Together, there are 19 agents divided into each of these roles, each with specific roles and abilities. Players can choose from any of these agents based on their preferences, making the game more interesting.

Our verdict? Valorant is definitely a must-play game for FPS action game lovers. As covered by this review, the game combines a wide range of features contributing to its excellent, action-filled, and exciting gameplay. Don’t forget to visit Parimatch today to bet on the Valorant eSports Championship.