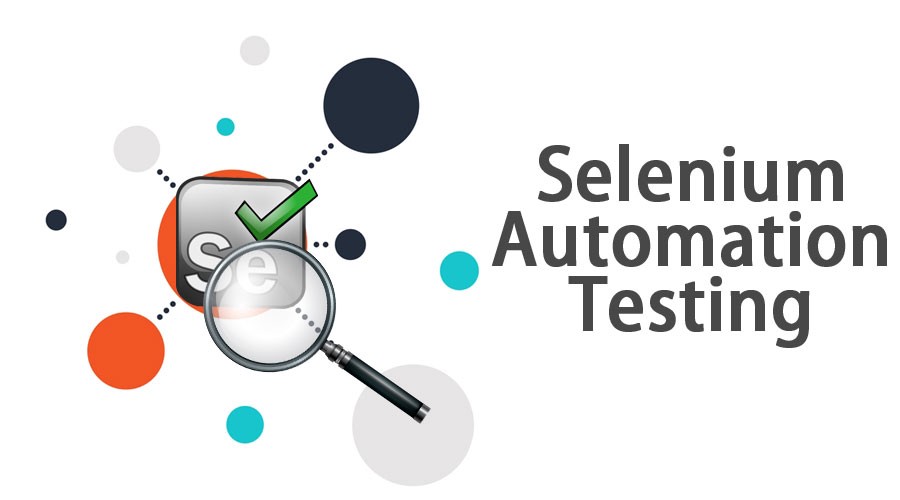 Getting Started with Selenium Automated Testing

When it comes to web automation testing frameworks, Selenium remains on top. When compared to other popular frameworks like Playwright or Cypress, Selenium offers a host of amazing features, which indeed makes it a superior automation framework in the market today. In addition to supporting numerous browsers and operating systems, Selenium automated testing can be written in a wide variety of languages such as C#, Ruby, Perl, Java, Python, etc.

In its evolution from its inception to its current form, Selenium has made great strides. The most recent and best version of Selenium is 4. Some of the new features that have been introduced include W3C compliance and an improved integrated development environment (IDE).

Automation Testing: What Is It?

Before releasing any software, it must first pass through a procedure called automated testing, which determines whether or not it is running correctly and if it meets the requirements. This approach to testing software requires coding test cases.

Automated testing is getting popular because time and effort can be saved by switching from manual to automated testing.  In the past few years, the need for automation has skyrocketed, largely due to the fact that it reduces testing time and removes monotonous human work. Thanks to open-source automation tools like Selenium, manual testing is becoming less common.

These days, machines rule the technological world, and their actions are dictated by the programs that give them autonomy. Today most businesses function over an active internet connection, thus the success rate of software programs is directly tied to their ability to manage the growing number of users.

Every development team should test their software build before sending out testers to find flaws in the final product. Due to its low efficiency and other drawbacks, manual testing has been shown to be inadequate. That’s why more and more companies are relying on automated testing in order to both solve the problem and speed up the testing process.

Numerous tests must be run throughout software development in order to evaluate the software’s usability, performance, and other features. As opposed to manual tests, which can be costly in terms of both money and time spent, automated tests can assist alleviate these issues. Automated testing has its perks, but Selenium also has its own unique advantages.

Selenium is an invaluable resource for performing automated tests on web applications. Since it is free and works with many different platforms, many programmers are switching to this open-source tool. Selenium works with a wide variety of languages.

When deciding on a programming language, developers often think about usability, framework testing, and application testing. When it comes to automated testing, Java is a favorite among developers. Many web developers choose this language for Selenium automated testing due to its ease of use and compatibility with other programs.

Selenium offers a solid toolkit that makes it easy to automate browsers. Selenium is a powerful tool that may be used effectively by both testers and developers. To keep the app’s quality consistent, most tests are run with Selenium.

As a Firefox add-on, Selenium IDE facilitates the development of automated web application testing. The Selenium Project created this tool to compete with other test scripts written in different languages. In contrast to its forerunners, Selenium IDE is a recording tool rather than a code generator. As a result, testers can generate scripts in any language that works with the Selenium WebDriver API.

The online program can record the tester’s actions and play them back afterward. Testers can keep tabs on their test results and refine their test scripts with the help of Selenium IDE’s generated reports.

In contrast to Selenium RC (Remote Control), which requires a server in order to function, Selenium WebDriver is a client-side solution for automating the testing of online applications.

WebDriver natively interacts with browser apps, unlike Selenium RC, which relies on a separate core engine. In addition to Python, Ruby, PHP, and Perl, WebDriver supports a wide variety of languages. For the purpose of managing Selenium automation tests, it can also be combined with frameworks like TestNG and JUnit.

Selenium grid is used to manage and distribute WebDrivers. It comprises various nodes that interact with one another to locate, control, and disperse experiments in various settings. Newer versions of Selenium 4 completely rework the Selenium Grid’s underlying architecture. Standalone mode, Hub & Node mode, and fully-distributed mode are all made possible by the innovative design of the Grid.

A crucial component of Selenium is the Selenium RC. It is a testing framework that enables programmers and testers to build test scripts in a variety of languages to automate front-end user interface test cases. It comes equipped with a client library as well as a server that, by default, launches browser sessions and terminates them.

The server will inject Selenium core, a program written in JavaScript, into the browser. The commands are transmitted from the RC server to the Selenium Core. Selenium Core carries out the commands written in JavaScript. The instructions for the browser are then provided via the JavaScript commands. At this point, the browser is responsible for carrying out the instructions that have been provided by the Selenium Core and communicating the whole state of the execution to the server. This conclusive conclusion is the output that is delivered to the user. When using Java to create Selenium tests, it’s important to keep in mind the following:

Using the proper locator is the foundation of any good Selenium script. Using the wrong locators can cause the script to become unstable and unreliable. Find what you’re looking for quickly and easily with “ID” and “Name” locating tools. They’re more trustworthy than CSS and XPath and run more quickly too.

When we talk about testing, we mean putting the program through its paces using various inputs. The Selenium tests need to be updated to include the same. It is recommended that all Selenium tests be data-driven.

WebElements or a page will not load if the script is not terminated at a predetermined period. To do this, Selenium supports various delays, including ‘Implicit’ and ‘Explicit. These waits cause the script to pause until the specified element is located.

Once it identifies the component, the script will proceed normally. Contrarily, “Thread.sleep” halts execution for the specified timeout regardless of whether or not the currently evaluated thread has located the element in the specified interval. Due to this, the script takes longer to run.

Avoid writing scripts that are platform or browser-dependent

Use Assertions to Verify Tests

Validating the tests is the most important part of creating quality tests. It is necessary to assert the tests in Selenium using the assertions given in frameworks like TestNG and JUnit, just as one would when writing a test case and mentioning the actual and expected outcomes. Because they don’t ensure that the test build is correct, the testing method is insufficient if they aren’t employed.

Capture Images for Use in Documentation

It is crucial for a QA tester to offer screenshots to back up any claims of failed testing. The same holds true for test automation with Selenium. If a test fails, you must have the corresponding screenshots. The developer will have a much better grasp of the issue after reading this.

In the same vein, it is helpful to share reports with the stakeholders in order to establish the reliability of the product and to offer them information. To do this, Selenium includes a built-in reporting system with frameworks like TestNG and allows for further customization via listeners.

Using Selenium and Java for automated testing has simplified the jobs of both programmers and quality assurance specialists. Because it is freely available to the public, it offers the chance to cut down on processing times by doing away with redundant human steps and erroneous input.

LambdaTest is a leading Selenium testing platform that offers you 3000+ desktop and mobile browsers on the Selenium Grid Cloud. The platform’s test execution cloud is dependable, scalable, secure, and highly effective. Thus, enabling the development and testing teams to quicken their release cycles. Even testing in parallel can speed up tests by more than 10 times. With LambdaTest, you can run your Selenium scripts on a cloud of more than 3000 different desktop and mobile environments, allowing you to significantly expand your browser coverage and guarantee a consistent user experience across all platforms.