These 5 Things Can Ruin Your Proposal

Written by Alison Lurie, In Lifestyle, Published On
November 18, 2022
, 5 Views
+
Table of Contents

Proposing to your SO is a huge step and while the event itself can be quite overwhelming, it’s arguably the biggest milestone in your life. Just think about it, this is the only family member that you actually get to choose and the act of proposal is the very moment at which you’re making this announcement official. So, it’s only natural that you want this event to symbolize the magnitude of this moment and decision. Sadly, things don’t always go according to plan.

These 5 Things Can Ruin Your Proposal In order to avoid this, here are the top five things that can ruin your proposal.

It’s all about the momentum. You want your proposal to be spontaneous and you want your plan to be flexible. Sure, having a band start with a specific song is great but what if they’re late or if they mess it up? The more elements you include in this “perfect” proposal, the more likely it is that something will go wrong. Also, keep in mind that there are things that you can’t control, and proposing outdoors in October and putting all your hopes into the idea that there won’t be rain is quite ridiculous.

Instead, you should keep it simple. Pick a restaurant, get a ring, and propose. Plan a small speech but it’s just as good for you to speak from the heart. You can have the plan to do so during or after a desert but as long as parameters are simple, there are not many points at which something can go critically wrong. Remember, if it’s the right person, there’s no way to ask it wrong.

The truth is that while you want it to be a surprise, you don’t want it to be too much of a surprise. Chances are that she’ll be leaving hints that it’s time for your relationship to move to a new stage. Proposing to someone whom you’ve just met or with whom you’ve never talked about long-term plans is just asking for a rejection. In these scenarios, it’s virtually 50/50 and it’s all on you.

So, before a proposal, you need to make sure that both of you are on the same page. You need to make sure that this is a person whom you want to spend the rest of your life with and you want her to feel the same. The most important thing to keep in mind is that while you may drop or misplace the ring, the worst thing that can happen is for her to say no. While it’s normal for your heart to race while asking the question, the reality is that you should already know the answer before proposing.

The reason why we used the term ruin lightly is that while it will ruin the event itself, it’s not the worst-case scenario. 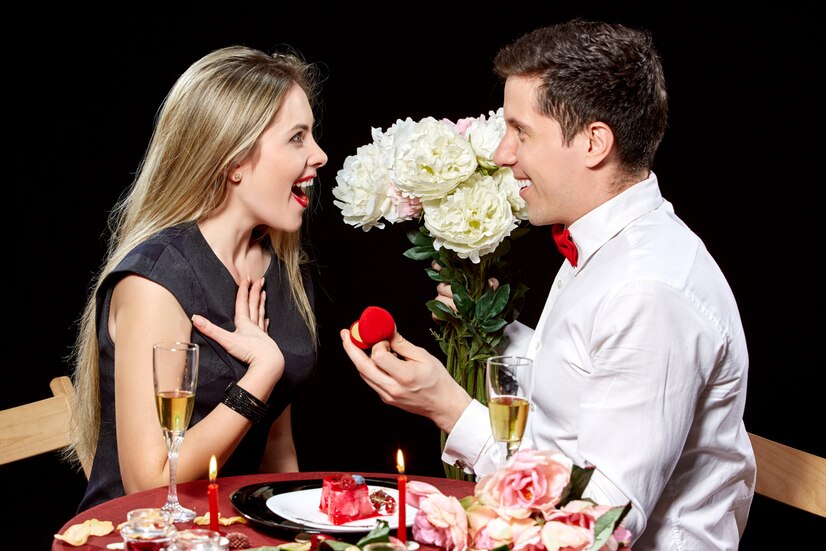 The scenarios that you’re facing are:

Either way, while shopping, think about the container and the places to conceal it, as well. Also, you don’t have to go too crazy with it.

Consulting others before making a major life decision can be a good idea. However, the more people know, the more likely it is that someone will slip the beans. This ruins the surprise but it also makes you look too self-reliant. It may also appear as if you’re looking for too much approval, which doesn’t leave too good of an impression. The more you can do on your own, the better.

Keep in mind that sometimes you might need assistance from some of her friends, however, you need to figure out which of them can be trusted with a secret. Chances are that your fiancée-to-be already hinted at this earlier in the conversation. On the other hand, if you don’t know her friends that well, chances are that the engagement itself is a bit premature.

The reason why this is so important is that you want them to feel like you’re doing it for them (which you are). By making it generic, the message that you’re sending is that you want to get married and you don’t care too much about who with. You need to understand where they’re coming from and honor any boundaries that they’ve previously set.

Some people make a mistake and propose too much about themselves. This ego-centric approach is not a very good idea. Instead, try to show them that they’re special to you and give them a reason why (even if it’s hard to put into words/gestures). Overall, make it about the other person.

At the end of the day, if it’s the right person, she would be willing to tolerate any ceremonial mistake that you make during the proposal. However, the very fact that she’s willing to look past that means that she’s even more deserving of a perfect proposal. It’s a bit paradoxical but it still makes sense, right? While things can go wrong unexpectedly, paying attention to these five areas alone can make a difference.

SHARE ON
TwitterFacebookLinkedInPin It
#donts in proposal #proposal
Tech Behind It

What is Omnichannel Marketing and Why Does Your Business Need It

Top Reasons Why Cybersecurity Is Important

The Main Reasons for Buying a Used CMM

How To Use Cyberghost VPN