3D art depicts the environment, natural objects, and characters in three-dimensional i.e., height, width & depth. The goal of 3D is to have more realistic characters and objects.

Visuals are therefore critical in 3D game development. They have to be impressive and high-quality to stand out. However, making 3D visuals can be challenging, from choosing which 3D game art styles will work best to the actual game development process. The 3D art creation process is a complex one involving things like texturing, modeling, rendering, and animation.

3D art styles have a wide application today. They are everywhere, from movies to interior design and architectural design. Most importantly, they are in game development. They offer more complexity, value, and excitement in games. So what styles are the most significant today? Here’s a summary of the most popular 3D game art styles today. 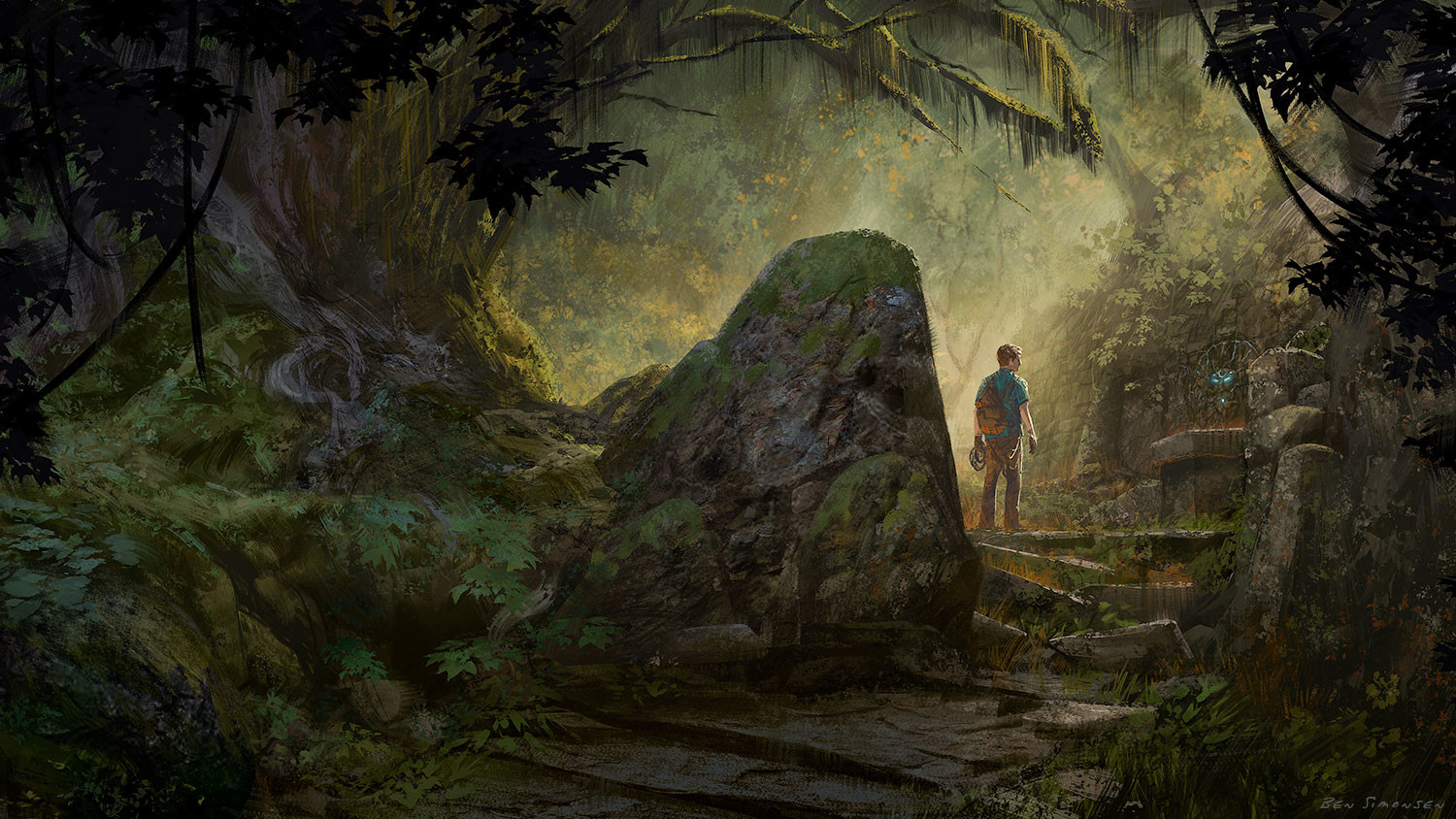 As the name suggests, this 3D art style attempts to recreate the world in a digital platform as it is in real life. While there’s a need for massive processing power to create “super” realistic 3D faces that are indistinguishable from reality, realism is the nearest it can get.

This art style is commonly used in simulations training, and gaming to offer an immersive experience that doesn’t force you to abandon belief. Most importantly, it is supported by most hardware in use today. Game developers who want to deploy their games across a variety of audiences will find this 3D art style conducive for its crisp animation and quality that immerses and satisfies audiences. Anime originates from Japan. This 3D art style is currently the most recognizable of all 3D game art styles today. Like many other art styles, it is diverse with specific forms. However, it falls under styles with exaggerated physical features and emotive facial expressions. While Anime was initially popular in Asia, it is now a worldwide 3D art style loved by many.

Anime is popular in game covers and advertising campaigns. The style stands out from all other 3D game art styles for its unique and distinctive character and widespread usability. 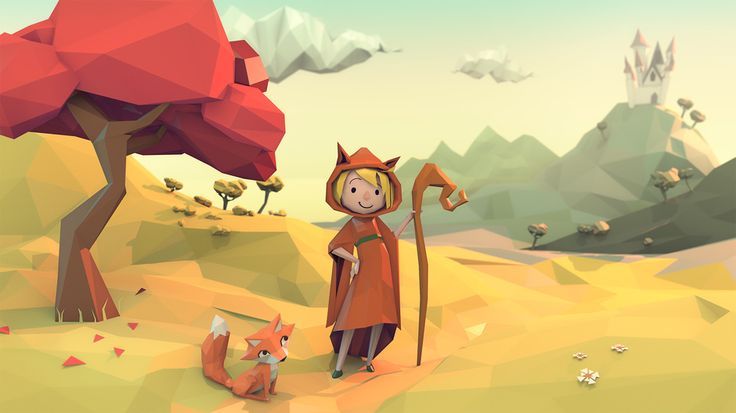 This 3D art style is relatively new. It is exceedingly popular today in many games. Low poly is characterized by geometrical shapes known as polygons. It is a labor-intensive style that demands intense work to make each object or character as unique as possible.

This explains why low poly is an expensive style. The style lacks texture but compensates with an unmatched focus on materials, lighting, and shapes. Low poly is a great option for mystery, adventure, and puzzle games. 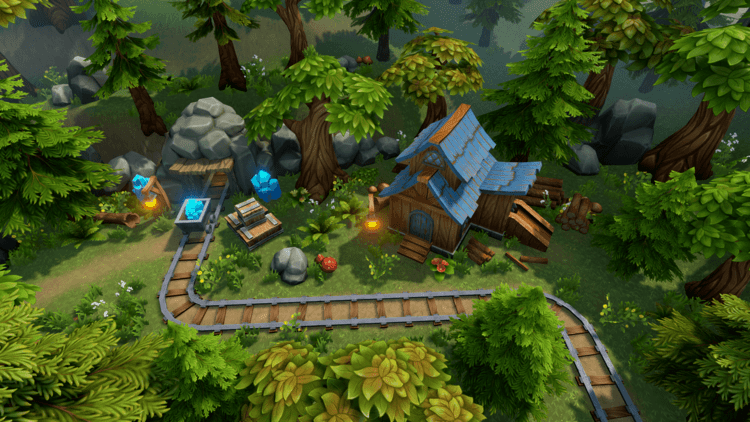 This style features freehand textured painting. Hand-Painted 3D art contains highlights, all shadows, and many other details drawn without geometry. Most people overlook this 3D art style. However, it is the same style that is behind Warcraft and Dota.

The hand-Painted 3D art style is great for strategy and fantasy games. The features are perfect for immersing players in the experience without overloading gaming hardware. This style is usually mixed with others.

As the name suggests, the style has a bit of realism in it making it perfect for games that have a lot of action, drive, and movement. Games featuring aliens, creatures, and races that are “unreal” but need to be depicted in the most real way possible work well with fantasy realism. The style allows artists to come up with fantasy environments that still correspond with perception. Fantasy realism is common today in MR, AR, and VR games.

For those searching for more traditional 3D game art styles, collage comes highly recommended. The style utilizes different art mediums, like paper, felt, ink, etc., to create art that is evocative and crafty. The style also creates work with a texture that appears more realistic than many other forms of digitization using a textural scheme.

The outcome ranges from goofy and childish to provocative and surreal, depending on the content used. Collage is great for children’s animation in games. However, it can also be used in advertisements and educational videos as a backdrop.

This style aligns with realism in regard to digitally portraying our world in the most realistic way possible. However, photorealistic 3D takes this further by demanding that digitally constructed images become as realistic as real photos.

Photorealistic 3D has a long way to go in animation. While there are artists capable of crafting images and progressions with unmatched realism, the current hardware widely in use isn’t powerful enough. Photorealism showcases the power of architectural, retail, and enterprise visualization.

This 3D art style combines science fiction, fantasy, retro-futuristic technology, and aesthetics together. Unreal realism is popular in the best video and tabletop games today. The style can take many different styles.

Unreal realism involves games with creatures, aliens, and races mostly depicted in the most realistic way. The style allows game developers to express themselves while still maintaining some level of realism. It is popular in VR, AR, MR, console, and PC games today. By combining high-quality modeling, and rendering with new and engaging concepts of genre standard elements, unreal realism maintains gaming freshness and appeal.

The above nine 3D game art styles are the most popular currently. These styles have been tested and proven to offer rewarding results for gamers. The styles are responsible for making many highly-rated games that have appealed to broad audiences. Gaming industry stakeholders who are keen on keeping up with industry insights and adhering to fresh trends and requirements should focus on the above styles.