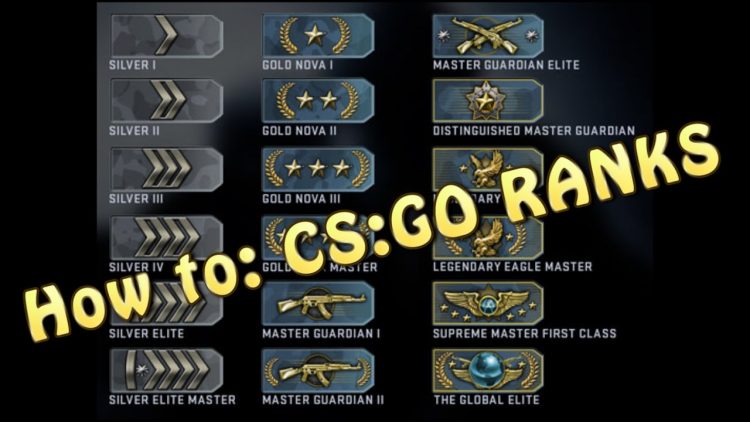 CSGO Rankings and Scaling Up

CSGO is one of the most popular first-person shooter games with a relatively simple ranking system. While the ranking system itself seems simple, climbing the ladder of ranks can be difficult. You must’ve tried it out and realized that it’s a lot harder than people make it out to be. There are numerous factors affecting the ranking system which you may not even think of. Luckily, CSGOAccountStore is here to help.

We’ve prepared a neat guide that can help you organically scale up your account and climb the ranks. However, this is a time-consuming process and if you’re looking for a faster way to enter a more competitive level of gameplay, then you can purchase a CSGO account. The CSGOAccountStore has reliable prime and non-prime accounts that are available to purchase. In case you prefer the time-consuming way, then read on to find out how to scale up your account on your own! 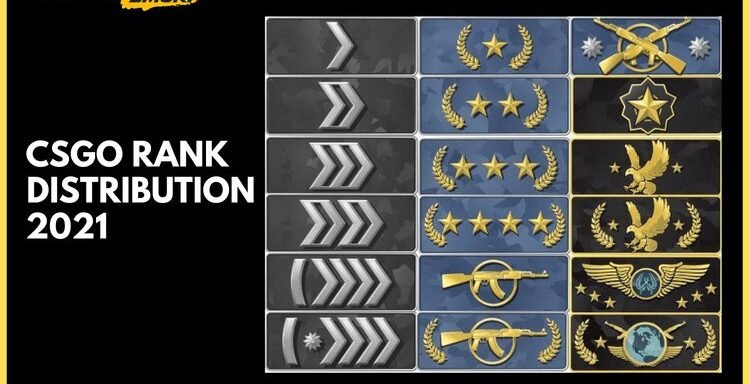 The complete Hierarchy of CSGO Ranks is as follows:

First of all, you need to power through Casual Matches until your account hits the Private 2 ranking. At this stage, competitive ranking will be enabled for your account and then you can start climbing the ladder of ranks. You can also play modes like Arms Race, Deathmatch, and Demolition in order to get to the Private rank Two. Only after winning 10 matches on any of these modes will, you be eligible for competitive ranking.

Legendary Eagle Master is the highest rank you can achieve right at the start. You can get this rank if you directly win all 10 matches that you play right at start before entering the competitive rankings board. Only complete novices who have no idea how to play CSGO end up getting the Silver 1 ranking. Try your best to achieve the highest rank possible right at the start as this will help you scale up faster. You can only clock 2 wins each day initially until you enter the competitive ranks. This greatly slows down the pace at which you can organically rank up your account. This was done keeping in mind that people like to hack their way to higher levels or try to ceratesmurf accounts in order to play easier tiers.

What the CSGO Rankings Hold

Gold Nova is the ranking tier that most CSGO players hold. On an average, the Gold Nova II has the highest number of players. However, if you are new to the game, you will probably land up with a Silver rank and then have to build up from there. More experienced players are likely to land up with a Gold Nova rank which significantly shortens the time that you need to invest to reach the highest tiers of rankings.

Gold Nova ranked players usually have a good understanding of the game even if the skill levels vary pretty widely. Gold Novas usually understand the popular flashbang and smoke spots. They also have an idea about the spray patterns and the recoil velocities of different weapons. This is the stage where players develop a gaming strategy and select weapons of choice that they’re comfortable with. The Gold Nova stage is an important proving rank in the history of CSGO players.

The Master Guardians ranked players generally have a good understanding of the game and its associated strategies. Master Guardians ideally have a good level of tactical nuances that set them apart from Gold Novas. The Legendary Eagle tier of players are usually at a stage where they are perfecting a handful of strategies that are working out for them. To reach this level, you need to understand the gameplay, the tactics and also have a distinct preference for a particular level of tactical gameplay and strategies. Once players perfect all aspects of their gameplay, they move on to Supreme Master First Class and The Global Elite. These are the most coveted ranks that some of the best players in the game hold.

How to increase your rankings in CSGO

Leveling up in CSGO can be hard, especially in the case of newer players. This is because the CSGO ranking is not a simple win or losses-based score. It takes into account both your experience and expertise. The CSGO rankings consider the Kill-to-death ratio, the number of MVP titles achieved, the damage done in each round, the number of bombs plated and diffused to name a few aspects. It also considers to accuracy and assists provided. All of this makes it a lot more complicated to rise up the ranks in CSGO as you have to focus on many factors and not just wins. Your rankings will improve only once you get better at the entire CSGO gameplay and not just some aspects of it.

This is the basic level of advice that we can give. Practice four or five times a week and learn to aim better, and shoot more accurately. Instead of going solo, collaborate with your teammates and help them out during the matches.

Playing with four random players all the time is a sure-shot way to blow your chance at better rankings. Random players have random levels of skills and you will either be left with player pool where you’re the best or the worst which will stifle your chances at better rankings. Find a group of players you can rely on and play with them regularly. This will ensure that you learn skills from your teammates. Also, a pre-defined team means that you and your teammates are more likely to collaborate in order to win matches. This is also an important metric in the ranking system.

While playing across different roles can be fun, but it can lead to lesser chances of getting ranked higher. Pick two or three roles at the max and specialize in those. Make sure you level up your skills in these roles all the way up to the top-tier skillset.

Playing across new maps can be exhilarating.  However, it doesn’t help your rankings. Hence, you should select a few maps and become an expert on those maps. Make sure you know every nook and cranny of the maps that you chose to specialize in. Optimize your skills to achieve wins in this handful of maps. Make sure you know all the flashbang and bind spots on these maps and use them to your advantage to get better wins.

This is the fastest way to get a better rank quickly. Instead of putting in weeks and months of time to scale up the rankings, you can buy a high-ranked account from the CSGOAccountStore at reasonable rates. All the rankings and achievements are displayed transparently, and you can pick the best-ranked account that suits you. These accounts are safe as they are ranked up without using any hacking. Aside from the fact that these accounts are ready to deliver, you also get 24×7 customer support after purchasing an account from the CSGOAccountStore. Thus, you can rest assured that someone will be available to answer your queries and look into any issues that may come up.

Climbing the rankings ladder can be time-consuming and difficult in CSGO. This guide provides you with the best themes and ideas that you need to scale up your rankings. If you wish to save time and effort, you can head over to the CSGOAccountStore and browse through the accounts available for sale and then pick the best one that suits you!