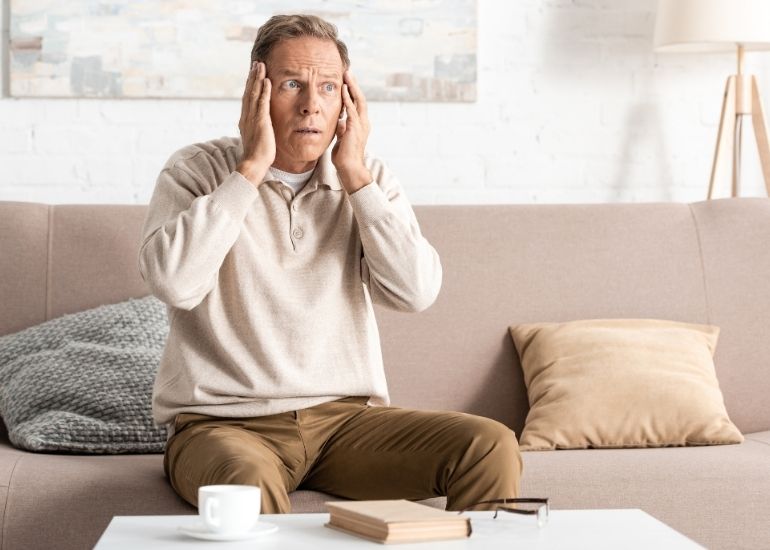 Eating disorder: what it is, causes and treatments

An eating disorder can be linked to several factors. Investigating the causes is the first step towards assertive treatment.
In times when the search for the perfect body and within the aesthetic standards considered ideal is increasingly intense, the mind and the organism can suffer several consequences. Having a healthy body has nothing to do with extreme sacrifices or restrictive diets that are considered miraculous. In reality, this is the result of a conscious and balanced dietary re-education combined with physical practices beneficial to the mind and body.

The appearance of eating disorders can be linked to several factors, ranging from the aforementioned aesthetic pressure to genetics, including biological, social and/or psychological changes. Investigating the causes is the first step towards assertive treatment with good results.

What is an eating disorder?

But, what is an eating disorder and how does it impact the body? The main characteristic is the disorder in eating behavior considered normal, and this disorder has harmful effects on the individual. There are different types of eating disorders, which can lead the body from excessive weight loss to weight gain at extreme levels. In addition, a number of other health problems arise as a result of that loss or weight gain.

When the individual develops a fear of eating, thinking he is going to put on weight, or starts to eat compulsively, it is necessary to seek help and investigate the causes of the eating disorder in a multidisciplinary way

What are the types of eating disorders?

Anorexia is a condition that is characterized by food restriction as a way to drastically reduce body weight. Individuals with anorexia see themselves in the mirror in a distorted way, and the extreme fear that they will gain weight culminates in reducing food intake.

At the onset of the disorder, it is common for only foods considered to be caloric to be cut gradually from the diet. With the progression of the condition, other foods are eliminated from the menu, reaching a point where few items are kept and in minute quantities.

“The more restrictive the diet is, even in situations considered normal, that is, in the absence of an eating disorder, the fewer nutrients the body receives. This is even more serious in the context of anorexia, because, in addition to extreme weight loss, the body also suffers from malnutrition, which can cause other very serious health problems ”.

Although body weight decreases, the individual with anorexia inversely worries about the pointer of the scale and body measurements. Even though extremely thin and fragile, the person sees himself as overweight. This is a serious disorder, which can even lead the patient to death, if not treated in time.

Here it is necessary to differentiate the episodes in which the person rarely ends up eating a little too much, in specific situations, – which can happen to anyone – and for the most varied reasons.

The binge has some unique characteristics. Basically, in addition to overeating food in a short time, it comes with guilt and a feeling of shame right after the episode. Thinking about controlling these situations, many individuals with compulsion end up on restrictive diets, which is not only ineffective but can seriously aggravate the condition.

Unlike the person with anorexia, who avoids eating due to the fear of gaining weight, the individual with bulimia has episodes of high food intake – especially those considered more caloric – followed by actions considered compensatory and which would prevent weight gain. Use of laxatives or diuretics, induction of vomiting and prolonged fasting are some of them.

Another difference between bulimia and anorexia is the state of the body. While the anorexic person tends to have cachexia, that is, thinness and extreme malnutrition, who has bulimia has an apparently healthy body and often within aesthetic standards.

The person with this eating disorder usually experiences feelings of remorse or guilt after episodes of compulsion. The causes also vary and may be related to social pressure to achieve a perfect body or to genetics.

“The use of laxatives, diuretics and the induction of vomiting, which are routine actions in a situation of bulimia, can have serious effects on the body. Gastrointestinal problems, dehydration and cardiac arrhythmias are some of them ”.

It is essential to start treatment for eating disorders as soon as possible. It is very difficult for the person to understand that there is a situation to be treated, so the observation made by family and friends is very important. It is necessary to break the taboo about disorders, in addition to understanding that it is not the patient’s choice to maintain the condition of their own free will – as, unfortunately, some people still believe.

Both anorexia and bulimia are more common disorders in young women – especially in adolescents – but they can also affect men and women in all age groups.

Treatment is based on an individual clinical investigation and varies according to the severity of the condition, the patient’s history and how long the symptoms have been present. The psychologist and the nutritionist are essential professionals at this moment, both acting in the resignification of the patient’s relationship with his body and in a balanced dietary reeducation.

“Eating disorders have a multifactorial origin that involves genetic, sociocultural, psychological issues, etc. Thus, multidisciplinary treatment with a clinical doctor and/or psychiatrist, nutritionist and psychologist is required. Without psychological treatment, there is no overcoming the factors that led to the development of the disorder, there is also less adherence to treatment ”.

Family members also receive guidance on how to care for the person being treated, acting together with the medical team, in search of a better quality of life for the patient. Eating disorders can seriously impact the health of the body, so they need adequate and humanized treatment.

SHARE ON
TwitterFacebookLinkedInPin It
#eating disorder
Tech Behind It