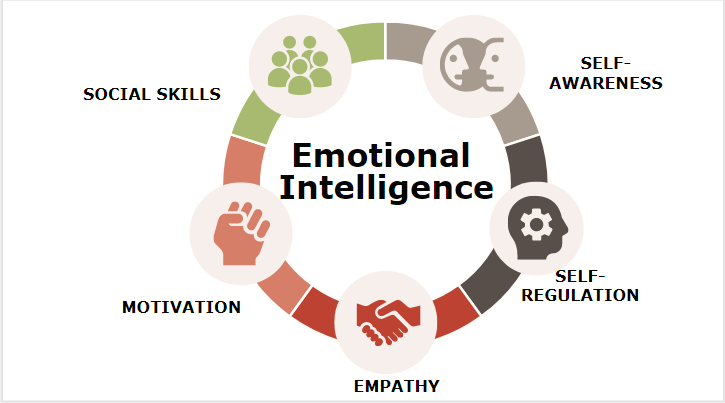 The term leadership is extremely subjective as it may vary from person to person. A simplistic way of defining leadership is understanding what is not leadership. Leadership is not merely about having resplendent titles, having a higher position in a hierarchy or a wide range of followers. It can be defined as: “The process of maximizing the efforts of others by influencing them for the attainment of a common goal.”

What Is Emotional Intelligence?

Emotional intelligence (EI) is the capability to be mindful of one’s emotions and feelings. It also includes being aware of the emotional state of the people around you. In short, “a person who gives the most optimum reaction in accordance with the situation at hand.”

Of late, it is considered to be one of the most significant leadership skills. Having a good EI is important for anyone but it holds paramount significance for those who are in a position of leadership. This article will explain how Emotional intelligence and leadership are related to each other. A brief insight into improving your EI will also be given.

As established earlier, leadership and EI are directly connected to each other. Higher the EI, the greater the chances of being a better leader. An emotionally intelligent leader is able to deal with pressure situations effectively and also has a calming influence on the people around him. As surprising as it may sound but emotional quotient (EQ), which is a measure of EI, is now considered to be more important than the intelligence quotient (IQ) for potential leaders. According to the famous American Psychologist Daniel Goleman,