Even though it is on its 10th version, the Lenovo ThinkPad X1 Carbon Gen 10 is not much better. In addition to changes like squared keycaps and a slightly bigger glass touchpad, it uses the third edition of the Intel Evo specification for thin and light laptops. This requires 12th-generation Core processors, better videoconferencing with a 1080p instead of a 720p webcam, dynamic background noise suppression, and Wi-Fi 6E.

A Wall of Sound and Quick Keyboarding 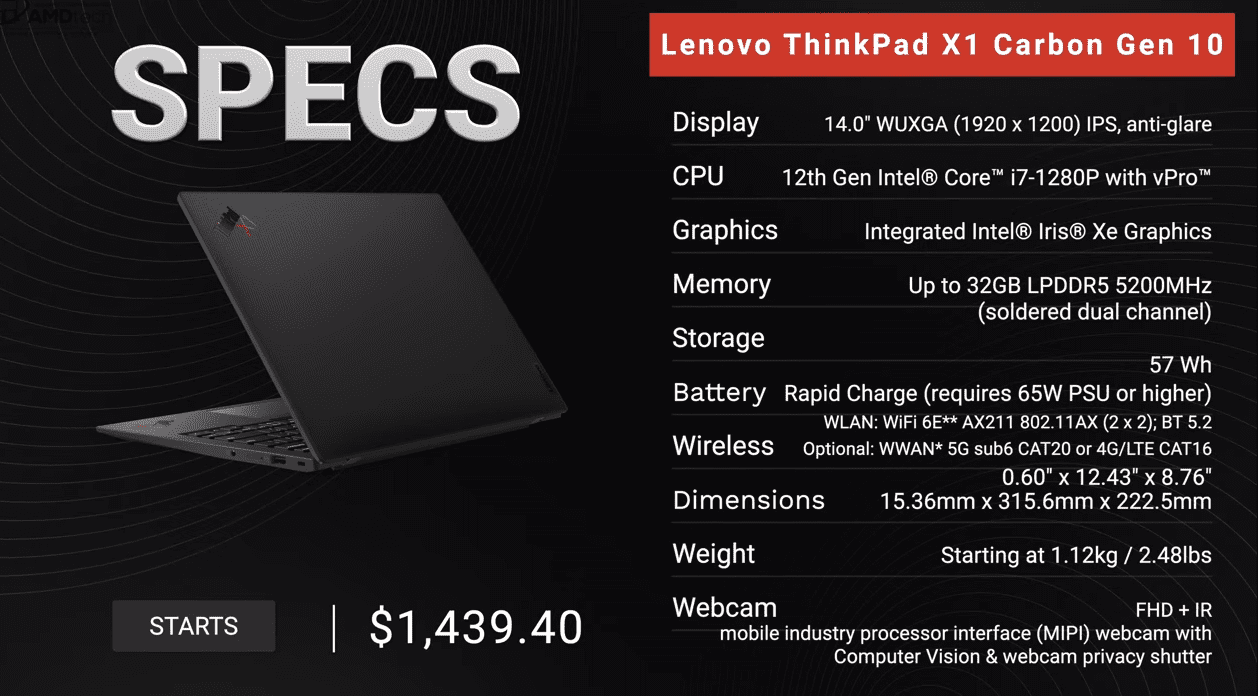 The layout of the keys does not allow for a numeric keypad, but the backlit keyboard lives up to the excellent reputation of ThinkPads by being fast and responsive. It has natural Home, End, Page Up, and Page Down keys instead of combinations of the Fn key and the cursor arrow. It also has shortcuts on the top row for changing the brightness and volume and starting and ending conference calls. The Control keys are on the bottom left, next to each other. You can change their positions virtually with the software that comes with the Lenovo ThinkPad X1 Carbon Gen 10. The TrackPoint, a small joystick with three big buttons under the space bar, and the touchpad, a square, are both reliable and easy to use. 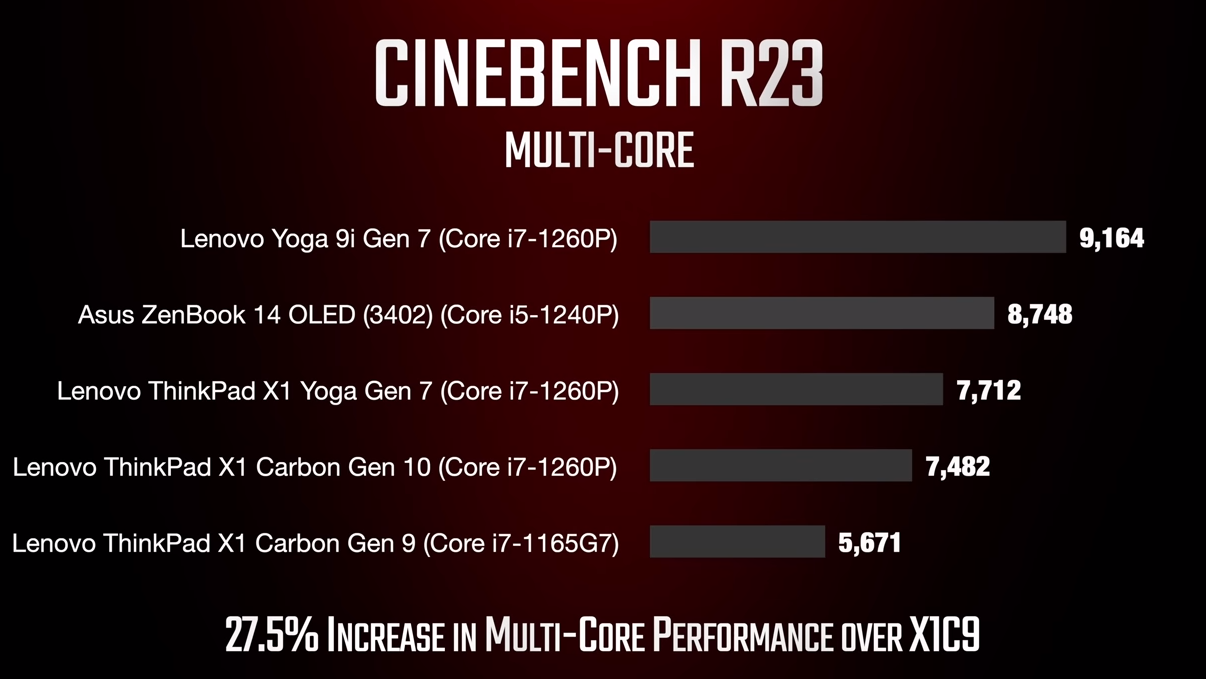 The Lenovo ThinkPad X1 Carbon Gen 10 has a much shorter battery life than its rivals and predecessor. This is because it uses an Intel P-series processor, which makes it do this. The Lenovo laptop only lasted 8 hours and 48 minutes in our battery life test, which consisted of streaming web movies at a brightness level of 150 nits. A year ago, we tested a Gen X1 Carbon (Gen 9) with the exact 19201200 screen resolution but a 15-watt U series processor. We thought the Gen X1 Carbon did a great job. It took 16 hours and 39 minutes to finish. If the way you usually use your device is harder on it than the way we tested it (for example, if you run at the highest possible brightness), you may need to plug it in much earlier than the end of the workday.

Lenovo’s ThinkPad X1 Carbon has a keyboard, a TrackPoint, and a Touchpad (Gen 10)

Lenovo says that the keycaps on the ThinkPad X1 Carbon Gen 10 still have a slightly curved surface that makes navigation more accessible, but they are now squared off for “cleaner lines.” The Lenovo ThinkPad X1 Carbon Gen 10 has two different ways to move the cursor: a touchpad made of glass and a TrackPoint stick. Thanks to TrackPoint, I could move around the desktop with pinpoint accuracy without leaving the home row. This laptop will appeal to you if, like me, you like how using a pointing stick saves time and effort.

The sound from the four speakers is clear and loud without being too resonant. When I listened to “Back DC’s in Black” by AC/DC, I could hear the guitars, vocals, and drums, with minimal distortion and a tinny sound. On the other hand, all the instruments sounded like they were coming from the same place, and I did not hear much difference between them. At its loudest, the sound was loud enough to fill an average-sized room. If you want to use the X1 Carbon (Gen 10) to hold a conference call or show something to people sitting nearby, they should all be able to hear it. The Commercial Vantage software from Lenovo lets you choose from different audio profiles, such as music, voice, and movie.

If you don’t need a high-performance gaming system or a workstation, the ThinkPad X1 Carbon Gen 10 is the best laptop you can buy.

On the artificial benchmark Geekbench 5.4, which measures overall processing power, the X1 Carbon got a score of 1,644 for a single core and a score of 8,159 for multiple cores.

In a nutshell, the Lenovo ThinkPad X1 Carbon Gen 10 is a professional laptop of the highest caliber.There is a reason why Lenovo markets the X1 Carbon to corporate professionals and full-time students. This ThinkPad is among the best when it comes to multitasking, word processing, and graphic design.