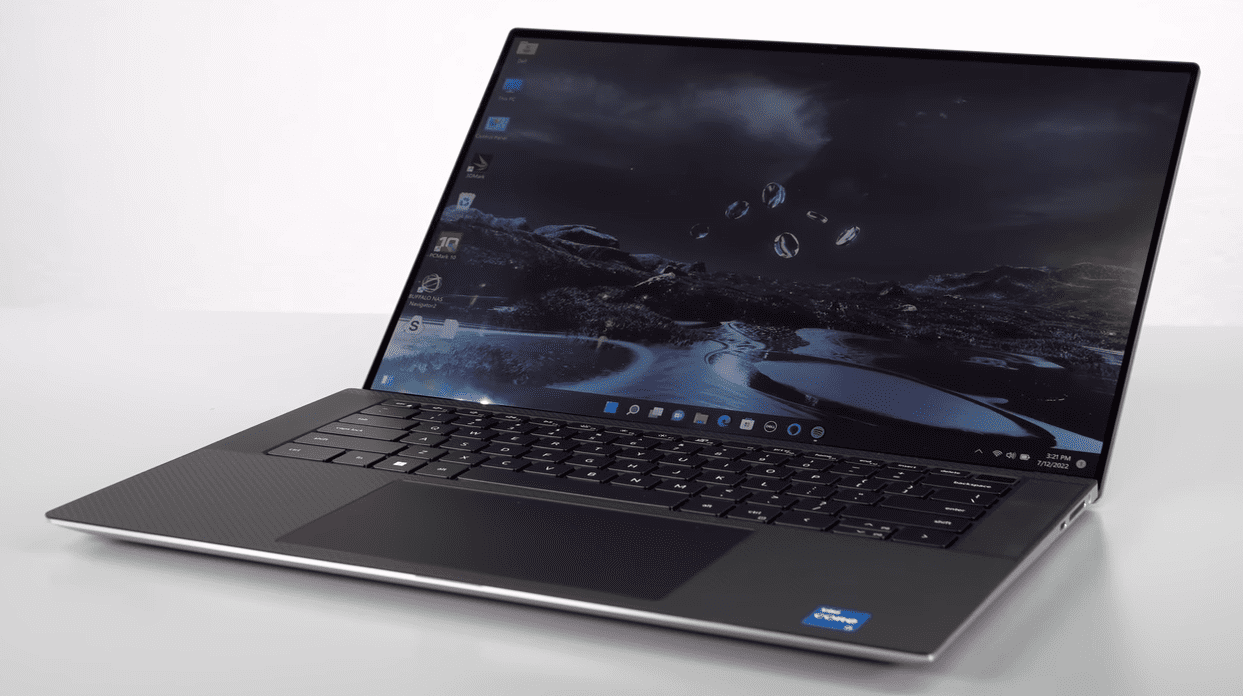 At first glance, the Dell XPS 15 (9520) might seem like the perfect PC for people who need to take power wherever they go. It is both stylish and traditional, and it is both powerful and unassuming. It is a robust laptop made of aluminum with a 12th Gen Intel H series processor and up to an Nvidia GeForce RTX 3050 Ti (starting at $1,449, tested at $2,399).

The XPS line, which has been on the list of best ultrabooks many times, has always been known for its nearly borderless display, and the Dell XPS 15 OLED (9520) is no different. Our review unit’s OLED screen almost floated above the keyboard, but Dell still needs to work on the webcam. It is also thin, which makes the XPS easy to carry and limits the number of ports. You will have to weigh that against how much power it gives you to decide if this is the creative laptop you need. 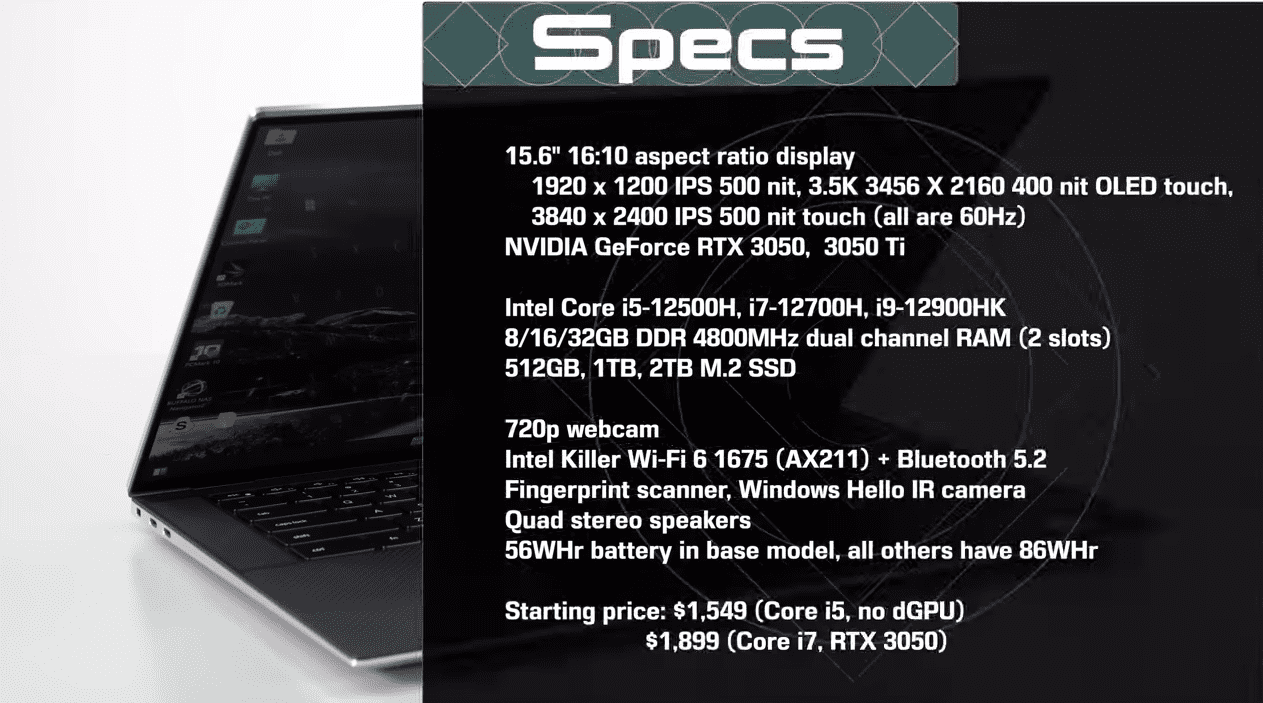 Dell’s base model for this series has a Core i5-12500H processor, 8 GB of RAM, a 56 Wh battery, and an FHD+ matte screen. The most powerful model has a Core i9-12900H processor, 64 GB of RAM, 3050Ti graphics, and a 4K+ touchscreen. Throughout this article, we will talk about the different options and what makes them unique.

The engineers and designers at Dell worked hard to make the Dell XPS 15 OLED (9520) the perfect full-size laptop. When the lid and chassis are closed, they look simple and stark. Moreover, if you do not like the look of Dell’s Platinum Silver finish, you can always choose Frost White.

This gives the XPS an even more serious look, but it still looks stylish in an office without being too loud. When the XPS 15 opens, its OLED screen shows a picture that goes all the way to the edges and has skinny bezels around it. The 16:10 panel has a resolution of 3,456 by 2,160 pixels, which Dell calls “3.5K” to show that it is almost as good as 16:9 screens with a 4K resolution of 3,840 by 2,160 pixels. The 15.6-inch screen has all the features you would expect from an OLED screen, such as deep, rich blacks, extra-sharp details, and bright colors. It also has a touch screen, but keep a cloth handy to wipe off fingerprints and smudges.

The Dell XPS 15 OLED (9520) inputs have not changed either, and by today’s standards, they are a mixed bag. The keyboard has been the same type on XPS laptops for a long time. I like this type of short-actuation keyboard, and I am partial to the XPS experience because the XPS 13 has been my ultraportable of choice for the past few years. However, this type of typing feedback might not be for everyone, and it might not be as good as other options in this space, like the current ThinkPad X1 Es, the ZenBooks, the HP ZBooks, and the new Apple MacBooks.

However, each of you has a very different typing experience, so you should do what you want. There is not much to dislike about the layout (except for the half-sized Up and Down keys), how the plastic keycaps feel, or, especially on this white version, how they do not show fingerprints. I also like the font Dell uses on their keyboards and how the backlighting is all the same. 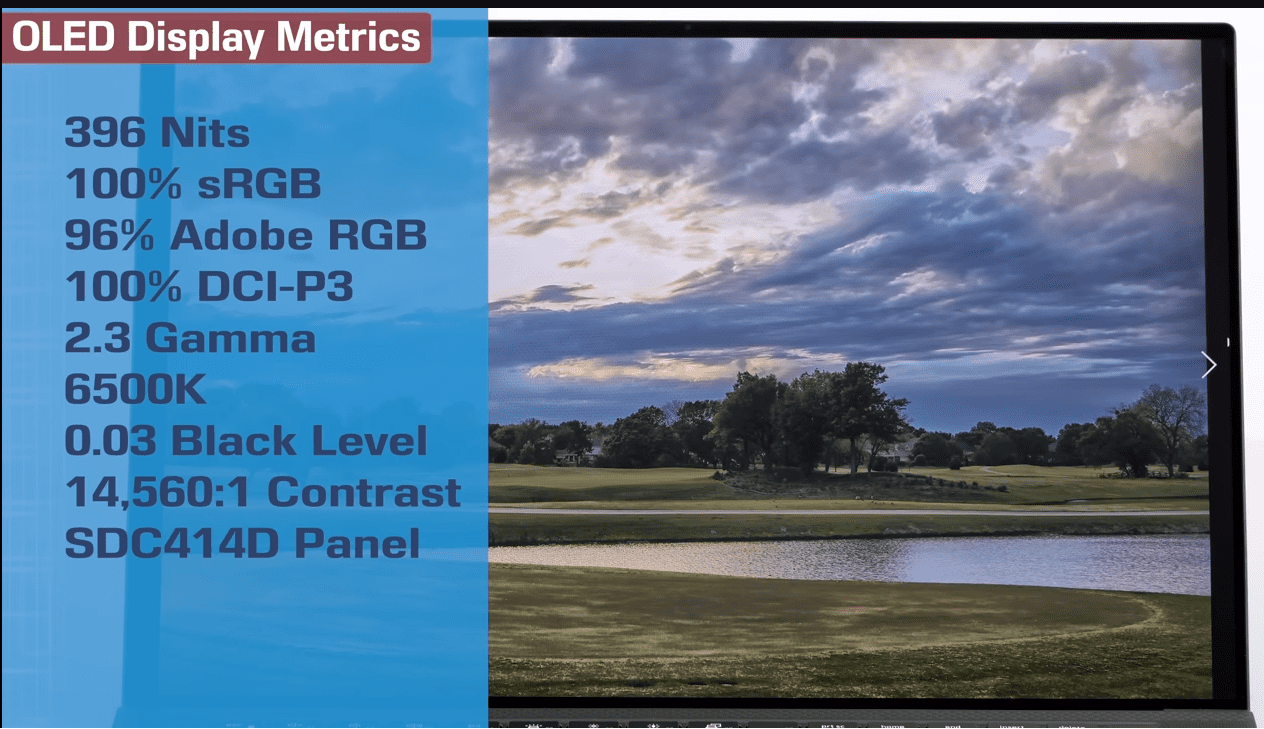 On the Dell XPS 15 OLED (9520), the 15-inch OLED touchscreen floats above the keyboard. Even though many other computer makers have been making the bars around their screens thinner, the bezels on this one are still impressive. The 16:10 ratio gives you much room to work and lets you see more content with less scrolling. The resolution of the OLED screen is 3456 x 2160, which is not quite 4K but close (3840 x 2160 is usually considered the minimum for 4K). Due to the extra height, 16:9 screens often bump that up to 3840 x 2400.) Even though it is not the brightest, Dell’s screen is bright and clear. I used it to watch Tears of Steel, a 4K open-source film we use for testing. In the first scene, when the red flames on a rocket booster turn white, they stand out well, even against a grey sky.

Sorry for the slang. These speakers are bumping. When the chorus of “superpowerful” by Slenderbodies started with a flurry of electric guitar twangs, drum beats, and smooth, powerful vocals, I could not help but nod my head. Each instrument had its place in this complicated song on the soundstage. For example, I could hear finger snaps behind the electric guitar plucks and quiet falsettos.

On the XPS 15, it would have been nice to have one program that did everything instead of eight separate Dell-branded apps, but at least this mess is functional. You can get the latest BIOS updates and drivers from Dell Update, which is self-explanatory. Dell Power Manager shows the health of your battery and lets you change the thermal settings.

The Dell XPS 15 OLED (9520) is as stylish as ever and also very powerful. This can be done with a 12th Generation Intel H-series processor and an RTX 3050 Ti. Even if other screens are brighter, its OLED option gives you a vivid screen.