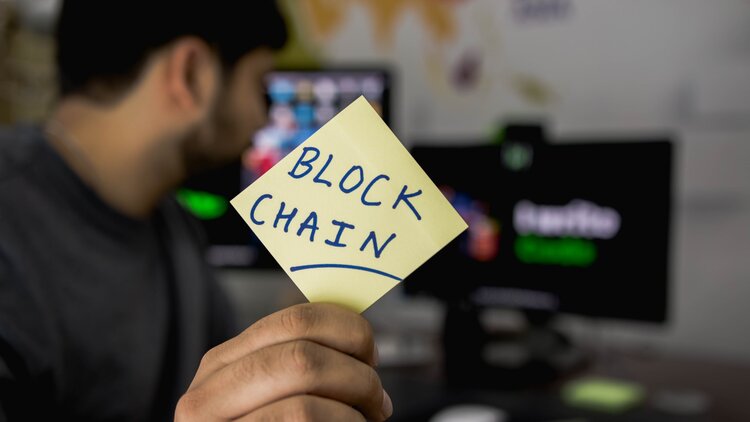 Everything About Blockchain Record System

Let’s start with the basic understanding of the ‘Blockchain System’. Here we all know the basic meaning of blockchain. Let us go technically and grab more information.

A blockchain is a decentralized technology with DLT (Distributed Ledger Technology).

It is a recording system that secures all the data and no one can hack or cheat with the system.

In other words, if the hackers decide to hack the system, the algorithm alters itself and one can not hack it.

Blockchain is a type of DLT in which transactions are recorded with an immutable cryptographic signature called a hash.

How It Can Be Used In HealthCare?

If someone has to understand this question; then let us start with the example of my own life.

Well, 3 or 4 years ago I met with an accident. And caused two headline fractures and other fractures on the leg.

I was a bit unconscious so they took me to the hospital. And then the doctor arrived in that area and started asking “ are you diabetic?”

Again he asked “are you allergic?” repeatedly he has to ask me, to have basic information, he asked, “do you have high blood pressure problems?”

It’s very pathetic to answer all the questions which he was asking at that time. Because I was semi-unconscious, doctors also face problems in situations like this where patients’ family members are not with them, and the patient is not conscious.

Now just look at questions that came to my mind:

Then a solution came across my mind: Is the same data shared among all the hospitals?

If not, though the solution for this question is out with the suggestion of a centralized database for the hospital.

Although whether that would be the case, then too, what if suppose: I went to hospital A for the first time and on some urgent call I had to go to hospital B.

What if the hospital denied data sharing? Or whether they feel that they lose the patient and demand an extra charge for the data? So in that case what one does?

After researching all things out, top healthcare developers came up with the idea of a blockchain facility where the data is decentralized and the database is finely tuned up.

This technology deals with the added features of transparency. In any firm for keeping records, a separate database has to be created, but at the same time sharing with all other members is troublesome.

All the members can access data with full transparency and legacy.

As this technology deals better with end-end encrypted databases…

your data is sensitive and crucial, Security of crucial information is handled by blockchain technology.

The data keeps updating as per the user’s needs and it encrypted data so data leaking and hacking is not possibly done.

Blockchain creates a dock where the data of the provenance can be audited on every step. Every industry is afraid of fraudulent activities and data thieving. But we are this technology in which auditing and tracing facility is an added feature.

As the time-consuming process gets decreased with technology, data management and data record can be easily done and so while using it, work can be done with more efficiency at a lower speed.

This technology provides us with the extra feature of an automated string facility.

Transactions are done with the “smart contract” to increase the efficiency of the work and speed of the work.

For instance, in medical insurance, once you provide documentation, then every time you need a claim, directly the money payment is done.

What are the cons of blockchain Record System technology?

If there are too many users on the network, blockchain technology gets slower.

blockchains are harder to scale due to their consensus nature.

Some blockchain solutions require too much energy. Blockchain technology was introduced with Bitcoin because it uses the proof of work consensus algorithm that relies on miners to do more work. The miners are incentivized to solve complex mathematical problems and it consumes more energy to solve the problem.

That makes it so complex for the near world.

Data is unable or we can say it is immutable and has always a foremost disadvantage to the blockchain. Another problem it suffers from is data once written can not be removed again.

Most people are using the old school and traditional methods.

Even industries are new to the technologies because they are prone to use old methods.

It has come out from the surveys that blockchain is about eighty percent process change for beginners, hence people are afraid of using it.

Every innovation has its own benefits and drawbacks. Blockchain technology can be used with better initiatives and by adding pro features to it.

As there are new versions of the blockchain, and it is more feasible.

Looking forward more to the advantage rather than a disadvantage, and also start adopting it more wisely.

The Healthcare industry has a wide coverage of blockchain networking.

The Healthcare sector has a wide coverage area as the figure suggests to keep the recording of the data, analytical and statistical data, and patients minor details.

All the data and systems are properly managed and well-planned. Top healthcare providers will make better solutions for a better future.

SHARE ON
TwitterFacebookLinkedInPin It
#blockchain record system
Tech Behind It