LIFE IN NEW YORK IS NOT YOUR AMERICAN DREAM

Well, raise your hand, those who have not dreamed of living in the Big Apple? What, not one hand? Well, this is not surprising, because we all grew up in some way on American films. There the heroes, late for work, rushed along the crowded streets with a glass of coffee until, finally, they shouted: “Taxi!”

But what do we know about this, besides yellow taxis, the Empire State Building,  and Starbucks (well, this is pure cliche)? I propose to consider the interesting aspects of life in New York and the differences from our usual life.

Whiners are not favored here 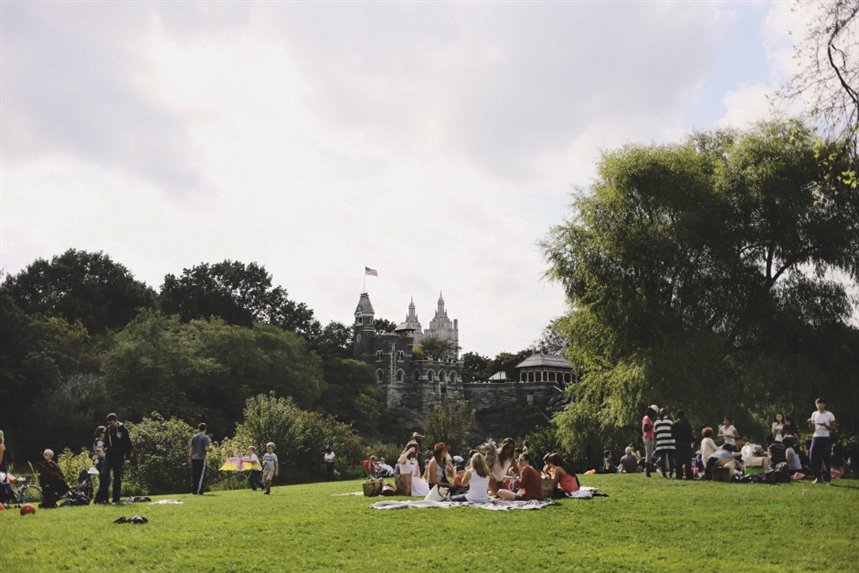 Think about your evenings with close friends and girlfriends. Between funny stories and drinking, somewhere, a hypochondriac will slip, they say, everything hurts, or at work, the boss is a tyrant, parents do not understand, etc. There are whiners too (I think this is some kind of plague of our time) they whine exclusively to their psychotherapists.

Say, what does this show about their cold relationship ?! That they do not share at all with their close problems ?! Let me find out then: that unfamiliar grandmother who sat next to you on public transport or in line to see a doctor, who do you actually have to do? In this pandemic, job from strangers is saved only by headphones, they say, “I can’t hear yours!”

Therefore, on the one hand, their principle of trusting problems exclusively to a professional in this area is not so bad. But on the other – for New Yorkers, psychotherapists are like a needle – once you get hooked, you get off the hell with two. Moreover, a good specialist is not only a good topic for discussion but also a subject of the status. The more famous your therapist, the higher your status. And here we are, bragging about our phones. Ugh! Village!

Want to be part of the conversation – understand politics 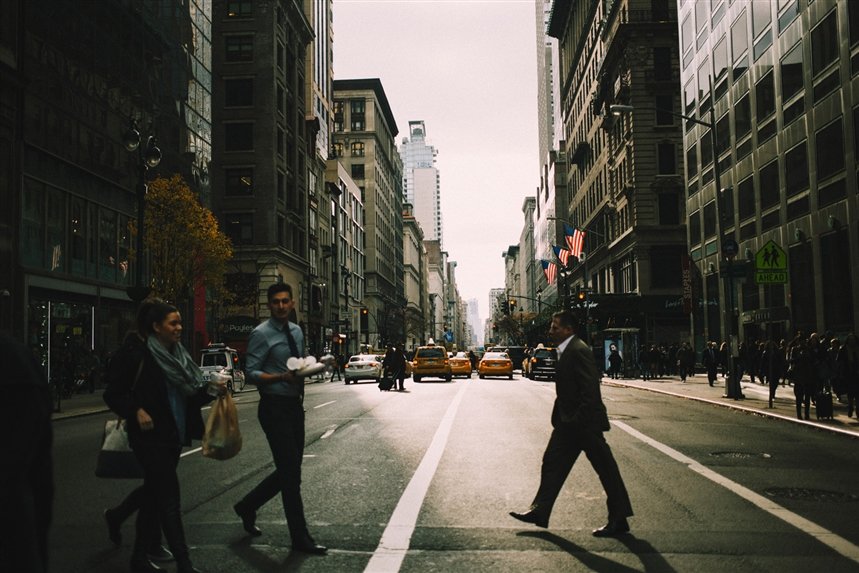 All Americans are politically oriented. To explain, I’ll give you a few examples.

At one elite school in New York, history teachers dismissed their students from class so that they could take part in protests against Trump’s election. It is up to you to decide how you feel about this, but the very understanding that schoolchildren are seriously interested in the country’s politics and they care about who is in power speaks volumes.

Second example: when Senator Bret Cavanaugh, accused of rape, gave a speech in response, life in New York came to a standstill – everyone rushed to the televisions to personally hear the senator’s address. We only had this during Stalin’s funeral.

For New Yorkers, talking about politics is like talking about the weather for the British. They talk about political aspects everywhere: in pubs, parks, shops. And if you are not in the subject of the latest news, you will involuntarily drop out of the general conversation.

Only fools buy their living space 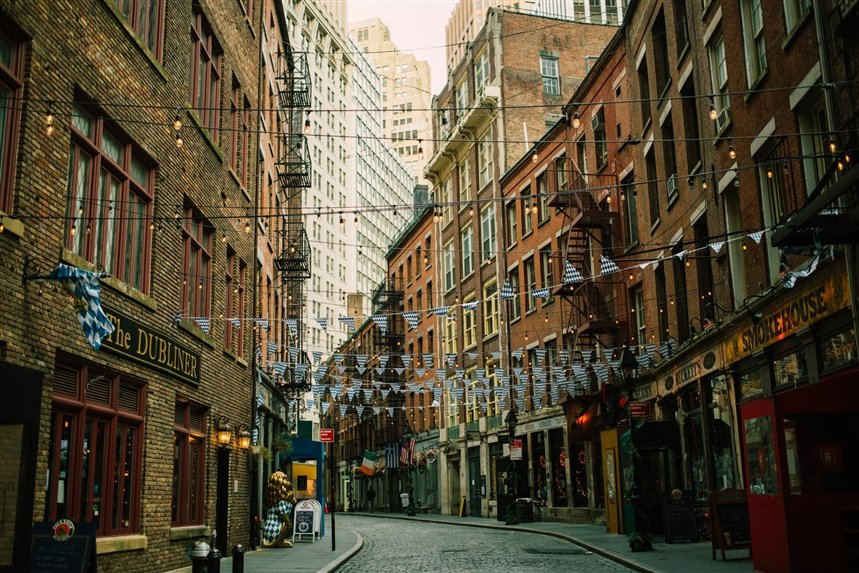 In our countries, buying a living space is considered a good investment, because you will have a roof over your head in a normal situation, and additional income (in terms of renting out) on dark days. But now the situation is such that maintenance of the apartment costs the owners so much that it turns from a good investment into a luxury item.

In our countries, jokes about communal apartments have long been pronounced in a hysterical and cheerful tone. Imagine its cost in the Big Apple! And a communal apartment is not all the service that needs to be paid for.

“My friend bought an apartment for 1.5 million – this is the average price of a one-room apartment in Manhattan – his service fee is 3.8 thousand per month. Plus a mortgage. If something breaks, for example, an elevator, the residents repair themselves, throwing off for repairs. While they send me a person who fixes something, and it’s free ”

On the other hand, the states have an interesting rent-stabilized system. The rental price is not determined by the owner but is approved at the city meeting for each living space. That is, the landlord does not have the right to personally raise the payment, which is happiness for tenants.

It’s better to get sick with us 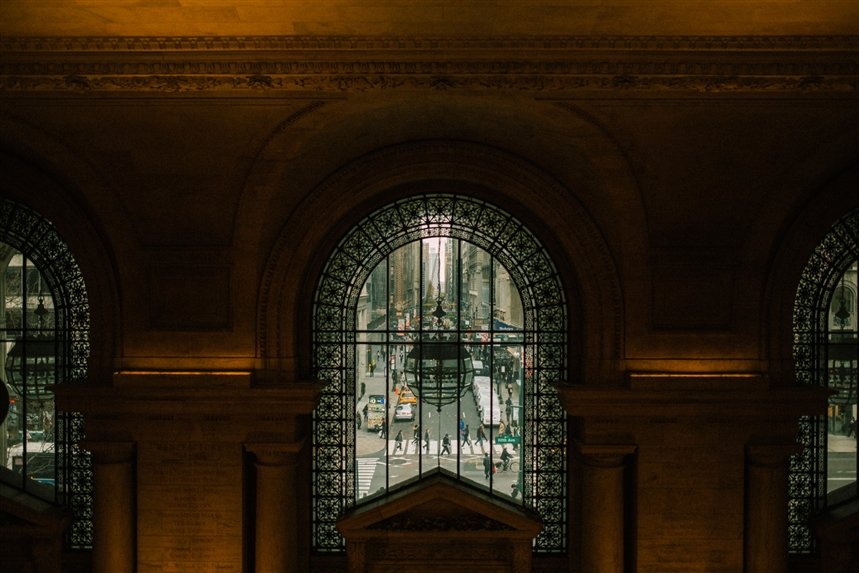 It is known that American medicine works on the principle of insurance. But this does not mean that you will not fly into the money. For example, the average insurance covers the treatment of $ 3,000!

“So this is great!” – you exclaim with enthusiasm. Of course, this is a significant sum in our country, but in Cambodia, you can even start buying slaves! But in New York, one dental implant costs $ 5,000. Therefore, those who come from the CIS countries prefer to fly home for a day or two for such treatment – it will be cheaper.

Pharmacies do not lag behind hospitals: the medicine that somewhere in Brazil costs a maximum of $ 20, in the center of the states – 300. And add to this a mandatory visit to the doctor, since without his prescription you cannot even buy No-shpa.

A logical conclusion suggests itself that since their treatment has such a cost, then its quality, well, at least, is next to Israeli medicine. By no means, gentlemen! Their service and premises are not very different from what we are used to. The difference is purely in cost.

1. Make friends with a taxi

It is not customary to drive your car in the Big Apple (there are such traffic jams that by the time you get to the right place, the grandchildren of your children will go to school). Therefore, residents use the services of the metro (this is familiar to us) and taxis (for us, this is the romance of American films).

Although Uber has firmly taken its position around the world, it could not replace the famous yellow taxis. And if you want a movie atmosphere, be sure to take a ride in this taxi. No need to stock up on cash, local people with bank cards. To determine which car you can sit in, look at the checker – if it lights up, then the taxi is free.

This is not a luxury, this is the reality of New York streets! Here you can buy a serving of oysters (6 pieces) for $ 6. And there is no need to worry that this is street food and not restaurant food. Both the taste and quality of local oysters are beyond praise!
If my words do not convince you, you can visit the Fish restaurant, where there is always fresh seafood. There you can get oysters with wine for $ 10.

To easily walk around the city and not adjust your route to coffee shops, download the Coffee by Trotter app. It shows the best coffee shops on a city map, along with an insta photo so you can see the coffee shop atmosphere. You can just wander the streets indiscriminately, and then find the nearest institution to you.

Yes, the local metro is so big and confusing that not only is it easy to get lost in it, you will constantly get lost there! Also, on weekends and at night, not all trains run, so you need to carefully look at which one sits, otherwise you can go on the wrong route. An offline metro map will not solve the problem with trains, but you will be guided by stations and crossings.

New York is not an American city

There are so many emigrants from other countries in the Big Apple that this greatly affects the atmosphere of the city. And it affects for the better. New York is a unique city, which is not so easy to live in, but everyone is obliged to visit it! And even if it does not have a native American atmosphere, you will find the atmosphere of Hollywood films in every corner here!

SHARE ON
TwitterFacebookLinkedInPin It
#life in new york
Tech Behind It