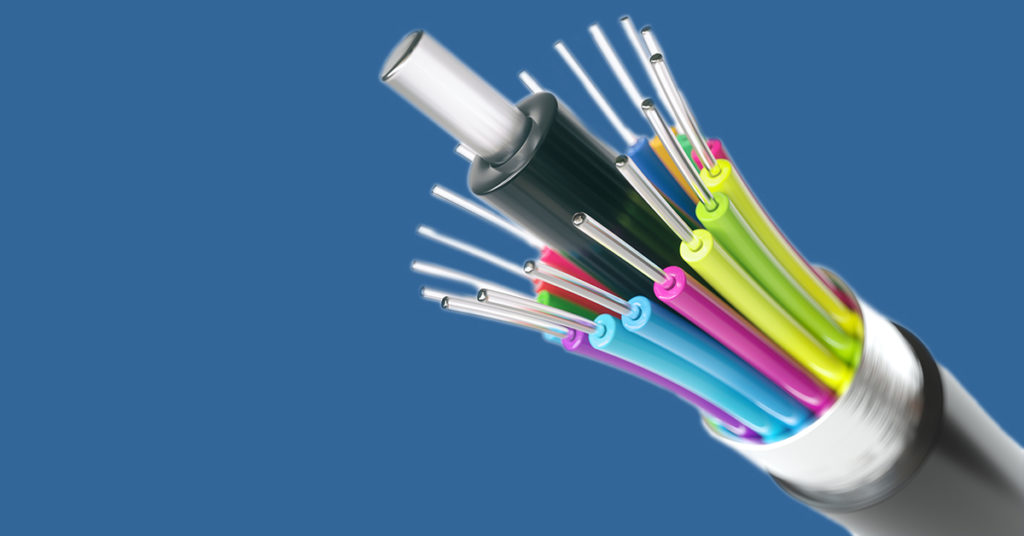 Is There Anything Faster Than Fiber Optic?

When it comes to the growth of the influence of a specific phenomenon, nothing comes close to the rapid rise of the internet. According to Internet World Stats – a statistics firm based in Pennsylvania, there are around 5 billion users of the internet in the world today. Comparing it to the total population of the Earth – 8 billion, we find out that approximately two out of every three people use the internet. In addition, Strategy Analytics – a research company headquartered in Newton, Massachusetts – predicts that, by the end of the first quarter of the 21st century, there will be about 35 billion devices connected to the internet – that is more than a hundred times greater than the total population of the United States!

The increase in the influence of the internet has naturally given rise to a huge amount of questions about it. While some wonder about the negative impacts of the internet on children, others discuss the speeds the different types of internet allow. If you are one of the latter, you are fortunate to have landed on this page! We say this knowing that, in this piece, we will be comparing the speeds of the different types of internet.

Is There Anything Faster Than Fiber Optic?

Dial-up internet was the predominantly used form of internet in the 20th century. Don’t believe it? Ask your parents about it and we can guarantee they will have some pretty nice things to say! That is the case because, even though the dial-up internet (56kbps) was much slower than the internet speeds we get nowadays, it was a pretty big deal at that time! Indeed, dial-up has helped billions communicate with one another.

The DSL is often considered the successor of dial-up technology. This is because, like dial-up, DSL also utilizes telephone lines to transmit the internet. Nonetheless, there is one major difference: digital subscriber lines allow for broadband transmission. This allows for considerably higher speeds of up to a hundred MBs per second. That is literally more than a thousand times faster than the 56Kbps speeds that initial dial-up connections allowed! DSL is very affordable as a quality plan will cost you around fifty bucks. You can also get a plan with lower speeds for cheaper as well. This mix of broadband speeds and affordability is what quickly brought DSL to become the most commonly utilized internet type in Organization for Economic Cooperation and Development (OECD) countries.

The type of internet that overthrew DSL as the most used in OECD areas was cable. And for good reasons. Firstly, cable internet allows for even faster broadband speeds than those of DSL. Alongside, as the same cables that enable cable television service also allow for cable internet, ISPs often allow people to bundle up their television service with their internet service. For example, Comcast’s internet bundle plans allow subscribers to save a significant amount of money. Slowly, because of the bundling option and great internet speeds, cable internet became more and more popular and, in 2019, became the most widely used internet type in the OECD countries.

Satellite internet is by far the most widespread internet. This is because all you need for satellite internet is a receiver and a connection to your modem. Thus, even researchers in Antarctica are able to use the internet. But, this ease of accessibility does come at a cost. Satellite often has the lowest speeds. This is because of the high amount of latency involved in sending signals from Earth to the satellite and back. Friendly advice: do not get mad at someone in Antarctica for not responding to your messages fast enough!

Although scientists keep coming up with technology that enables even higher speeds than fiber-optic lines, none of these technologies are being sold or used commercially. So, for those wondering about the fastest internet type available, here’s the bottom line: the speeds enabled by fiber are, by far, the highest. Good luck with your internet and everything else!

Lydia is Pearl Lemon Web’s Operations Director. She has been with Pearl Lemon since May of 2019. She started as a student getting more practical experience and academic credit. From there she moved up in the company to a full time team member. She has watched PLC grow from a handful of people to a team more than 4x bigger. Outside of PLG she is a mom of two, a certified beer server, doula and florist

SHARE ON
TwitterFacebookLinkedInPin It
#fiber optic
Tech Behind It