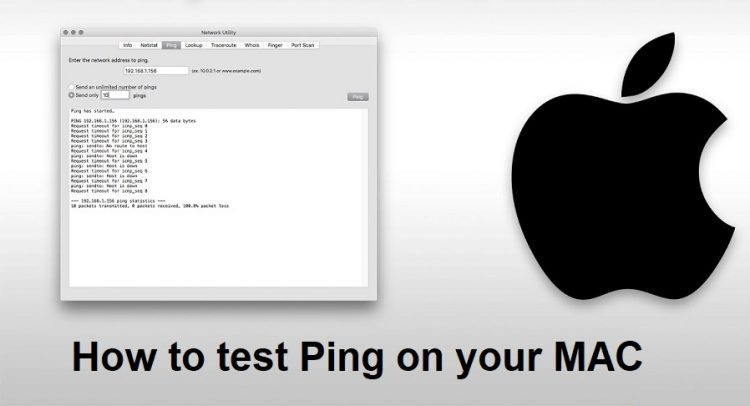 How to Ping on Mac

When you think of internet speed or computer speed you usually think of things like hard drive limitations. But there are other ways that a computer’s speed may be affected. When connecting to servers your computer performs a task known as pinging. This task is it trying to reach the server. There are multiple different ways to test this but one way to test this to find out where the best place, and when the best time, is to ping the server is, is through a company known as Device Tests.

Now if you are reading this, then I can assume that you are well aware of the differences between PC and Mac. They work on completely different software and because of this, there are many different ways to do things for both devices. For example, with Mac, there is another way you can ping any server of your choosing, as well as through that very easy program that I recommended.

First, open the terminal of your mac by navigating to /Applications/Utilities.

In this terminal window type ping &lt;server&gt;, with &lt;server&gt; being swapped out for the IP address or hostname of the server that you are hoping to ping.

There it will show you your ping as well as how long it took to finish the task successfully — the higher the number the slower the ping speed, which means the lower the better.

So, what is pinging exactly? Pinging is a process your computer performs that emulates sending a packet of data from the home system to the server, thus showing you just how much time, it takes for information to go back and forth. This is best reflected in gaming. For example, let’s say you booted up the currently extremely popular game, Genshin Impact. If you’re ping is relatively high, you can expect to see your characters glitching across the screen. Their attacks may take forever to load in, or your game may even crash. Let’s not even talk about what happens in co-op! However, with a smaller, and thus shorter, ping you can expect things to move on a lot smoother. This is why pinging is both important and why it is something that you should be aware of. It’s not a complex process by any means, but many people tend to avoid it due to it often being conveyed as a process that is more complicated than it really is.

Even for PC, which you don’t need to know how to do, the process is extremely simple. However, Mac especially should be testing their ping often. Mac computers are resilient, but this resilience can make it very difficult to spot problems. A ping test could most certainly give you the ability to spot those problems before they become bigger system issues. Whether you are a gamer or doing it for work, your ping is very important. It could determine whether or not you are waiting an hour to see if that massive document will be able to be uploaded, or if you are able to connect to that online Fortnite match you want to be part of so badly. A high ping could spell the difference between a one-minute wait time and a three hour wait time, and we all know how horrible it is to wait such a long time for a computer to load. For those of us old enough to remember Internet Explorer, we are able to understand the troubles that possesses.

Long story short, test your ping frequently. If you are intimidated by launching the applications yourself, then I once more suggest trying New Player’s Ping test. I know many people who are terrified of opening up any application terminal because they fear completely destroying their computer, a valid worry I assure you, but I promise that you won’t be messing up your computer in any way by performing a ping test. Never mind that will find things running much smoother once you are able to understand it. Understanding is key to computers, for once you understand something you then possess the know-how to fix it or find someone else who can, and that’s always a plus for you.

5 Features Every Shop Management App Should Have
Featured Posts