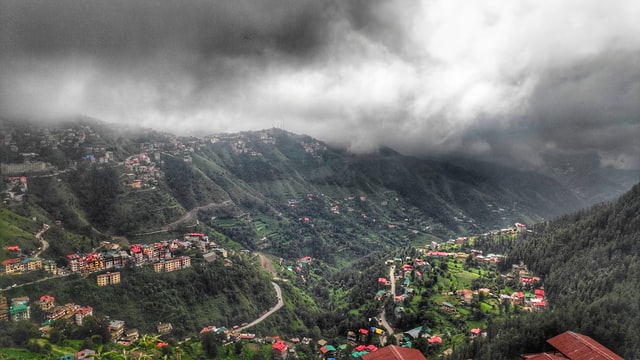 Shimla and Manali- The Perfect Destination For Your holidays

About Shimla And Manali –

Shimla is the capital of Himachal Pradesh and is full of amazing and exotic views. It was also a beautiful summer capital for Britishers back in history. On the other hand, Manali is at a much higher altitude and is the most preferred honeymoon destination and a trekking destination, because of its unbelievable scenic views. Shimla Manali packages of 5-6 days are enough to cover both the destinations well and explore their beauty. The peak season for both the destinations is from March to June, as the weather conditions there are most favorable and lie between 10degree to 25 degrees Celsius.

There are a lot of adventurous activities one can do while being Manali such as Trekking, Zorbing, Zip lining, Paragliding, river crossing to name a few which can add a lot of adventure to the trip and hence making it more memorable.

Chandigarh is the starting point for the Roaming route Shimla Manali holiday packages. The distance of Chandigarh from Delhi is 246kms, while from Jaipur, it is  507kms, and from Mumbai, it is 1,655kms which can be easily covered through a flight or train. Roaming route is the best travel agent in India for Shimla Manali tour packages.

The Shimla and Manali 6D/5N travel package starts from 19,500 INR.  The best Shimla Manali Tour itinerary Where we start our journey on day one from Chandigarh airport or railway station and proceed to Shimla( which can be changed to Manali as per the preference).On day 2 the tour proceeds for Shimla and Kufri sightseeing, where people can do all the snow sports and is an idle place for exotic views. On day 3 the tour leaves from Shimla to Manali via Kullu. Day 4 is for Manali- Rohtang pass and solang valley. On day 5 we do Manali local sightseeing and we go back to Chandigarh. While day 6 the last day of the trip is for Chandigarh local sightseeing and we return back to our native places. 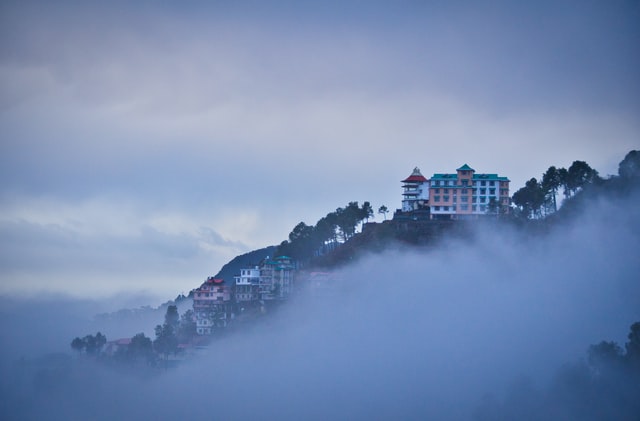 The best season to visit the cities is from March to September when the weather is not too cold and neither too hot and is pleasant for the tourists. While if the visitors want to see the spectacular snowy mountains, and experience heavy snowfalls, then the best time to visit these hill stations is from October to February ( the temperature at that time is -1 degrees Celsius).

Places to visit in Shimla-

The capital of Himachal Pradesh, (i.e. Shimla) holds a lot of beautiful destinations which should be explored by each and every tourist, for getting the most magnificent and spectacular views.

The summer capital has the famous mall road which has all the famous cafes and is full of cultural market, the jakhu temple is one of the main attraction which one can go by ropeway and get a bird’s eye view of the beautiful city, Indian Institute of advanced studies which allows the tourists to visit some of the parts of the extravagant college, Gaiety heritage cultural complex is famous for theatre and various Bollywood movies clips were shot here which makes it a little more attractive. Kalka Shimla Railway toy train gives one the best experience and views of the beautiful green valleys, peaceful serene views. A lot of places such as Kufri and Narkanda are also attractive to many but they are in the outer regions of the city. 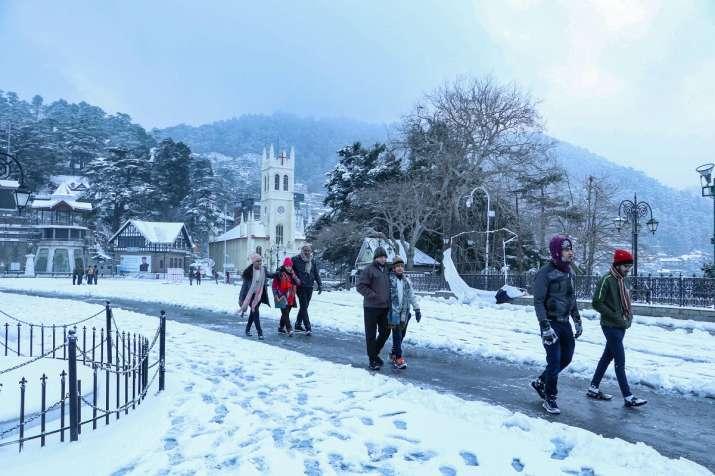 Places to visit in Manali-

The town is a beautiful destination for all the mountain lovers and holds a lot of adventure too. The beautiful snow caps and lush green views are breathtaking. Hadimba temple is located in a green cedar forest with an earthy appeal making it the most favorite stop in Manali, a lot of Tibetan monasteries surround the city, the famous Solang valley which is extremely popular for adventure sports, Rohtang pass Are few of the hotspots to visit when going on a trip to Manali. 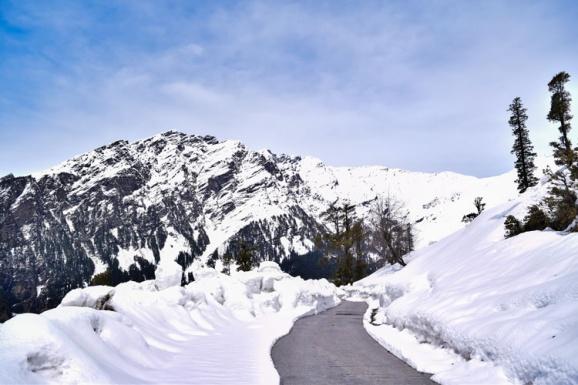 These are the two famous destinations; near Manali which one must definitely cover while on their trip to Manali. Manikarnika is a famous destination known for the hot springs and is famous for religious purposes too with the story of Shiva and Parvati.

While Mashobra is near Shimla city and is extremely famous among honeymoon couple ski-slopes and the natural beauty. It is a good spot for peaceful and serene views. It is included in Shimla Manali honeymoon packages. 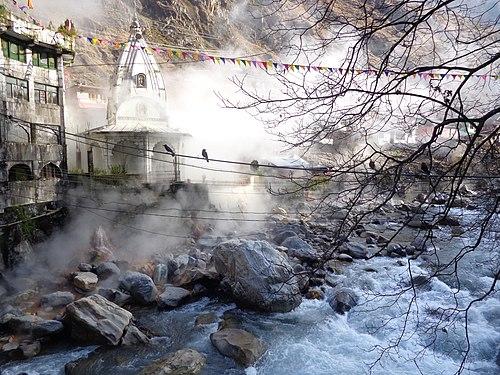 How to travel to Shimla and Manali-

Both Manali and Shimla destinations are well connected through railway lines, and of course, road trips are the best way to reach the cities. While the air routes are connected to Chandigarh which is the nearest city, from where one can take a cab or local bus to reach the hill stations. The distance between Chandigarh and major metro cities is mentioned below

Weather in Shimla and Manali-

The weather in both the cities is quite pleasant throughout the year, one can visit at any point of the year. The best point of time to visit the places is from March to June when it’s in the peak season. But, if some people enjoy the snowy season then they must visit it from Oct to Feb. 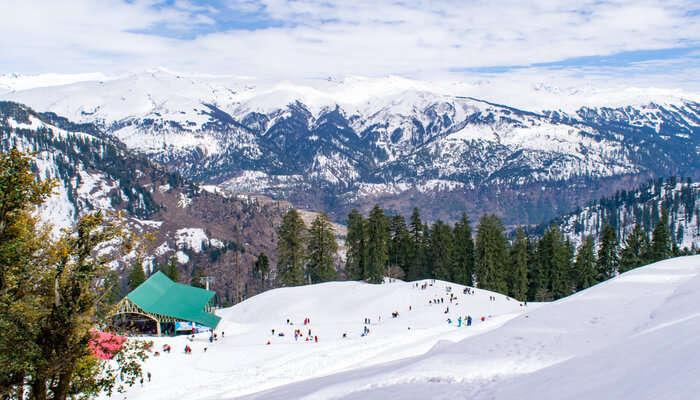 The trip is generally for 6N/5D, Chandigarh being the starting point of the trip. The Shimla Manali Budget tour price is somewhere around 19,000 to 25,000 depending on the package one avails which includes hotel stays, food, sightseeing, all the other adventurous activities, etc. The package can even be customized as per the personal preference of the travelers. Shimla Manali tour packages from Mumbai, Delhi, Bangalore, and Chandigarh are the most popular ones.

The Roaming Routes Manali Shimla tour package generally aims to fill one’s trips with the best memories, joys, and laughter. The starting point of the tour is from Chandigarh, from which they generally cover Shimla for 2 days which includes site seeing, traveling to the outskirts of the city and on the third day they leave for Manali, with the exotic and breathtaking views they explore the city for 2 days and on the third they cover Manikaran. From there they head back to Chandigarh.

The best travel agency in India has been known for providing the best hospitality services, with great accommodations and lip-smacking food. They have successfully taken a lot of travelers on different expeditions, which helped the travelers create some of the best memories and they enjoyed the trip to the core.

Book the safest and most exotic summer holidays in the serene Himalayas, through roaming routes Shimla Manali package tour.

SHARE ON
TwitterFacebookLinkedInPin It
#shimla manali tour package
Tech Behind It